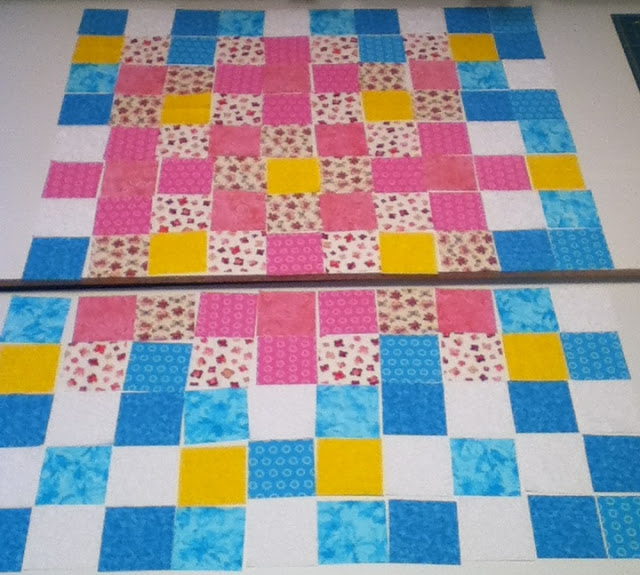 Well, all the snow days the kids have had off school must be really getting to me…. Because I designed another baby quilt and this one has a spring theme and spring colours! After working on writing up a pattern for the Krazy Katz quilt, I just about got a headache from all that thinking.  […]

There has been some interest in my Krazy Katz quilt and this has prompted me to take the a bigger plunge in the pattern making!  I dug out my old notes and drawings, worked really hard, kept busy at the computer in spite of ANOTHER snow day with no school for the kids…. ( honestly, […]

Well, I see that it is once again time for +Marelize Ries‘s Linky Party at her Stitch by Stitch blog.  Wow!  That was a fast week! As of my last post on Tuesday, I have worked on the quilt for Victoria Quilts, but I need some more white to finish.  Sew I have put that […]

It’s official! I am now a Independent Designer…

I spent the whole day today working on adding my Soft Kitty applique blocks into pattern form, converting them to PDF, and uploading them to my new Pattern Store on Craftsy. Sew… I did not get one stitch in today!  But it is the first day in what seems like a long while since the […]

Not another day off school!!!!!!  Yes… It happened again.  I am so missing my Mondays at home alone with Janome.  But, on the bright side, I did have some help getting the dishes done.  Again.  And, although I did not get much time on the computer, I did get to finish the last details on […]

Today after church, I was approached by a member of my congregation who is also a quilter.  She noticed my Sew Fresh Quilts page on facebook, was wondering if I would be interested in doing some volunteer quilting for Victoria’s Quilts.  Of course I told her I would love to, and since she had brought […]

Well, we have more snow!  And the kids are home again today…  And the dishes need done again, too… But I am not letting any of that bother me.  Making progress on the baby girl – Soft Kitty – quilt.  Have the Kitty blocks done and am now in need of more Wonder Under, as […]

I am sew pleased with the finished Puppy Love quilt! This project was my first for a few things. One is that it is the first quilt I have ever made using this batting – a combination poly/cotton.  It is fluffier than cotton, but nicer to work with than polyester.  And it’s cuddly! Another first […]

Just a real quick post today….  Finished assembling the top!  Me Sew happy! The kids will be home soon, and I have flannel in the dryer in prep for tomorrow’s quilt layering, basting and quilting to be done on this… I apologize for the crappy picture… I have to figure out a better way to […] 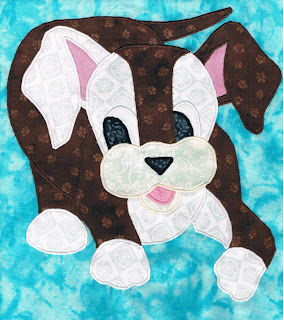 It is hard to get anything done on the weekends… But I managed! Last week was a short week for the kids.  They had Monday off due to weather.  Thursday was a P.A. day, which they also had off.  And Friday was another day off due to inclement weather.  The hubby also had one of […]

Get blog updates sent straight to your inbox